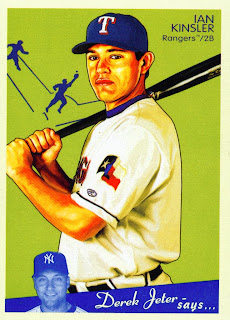 The Rangers ended up not facing Ervin Santana last night. Angels manager Mike Scioscia shut Santana and Jered Weaver down for the season. Scioscia says that he didn't want to risk injury to his top two pitchers in the final days of a season that won't see Anaheim in the playoffs.

The Rangers took advantage of Santana's absence as they pounded the Angels 10-3 to keep their one game lead over the Tigers intact. The win also moves the 2011 club into a tie with the 1999 team for the most wins in franchise history. Either a Rangers win or a Tigers loss in the last game of the season will ensure that Texas starts the ALDS at home on Friday.

Texas had plenty of home runs in last night's game. Ian Kinsler, Adrian Beltre, Mike Napoli, and Nelson Cruz all went deep. Mike Napoli had two on the night. At one point Beltre, Napoli, and Cruz went back to back to back with long balls. Additionally Kinsler and Mitch Moreland also hit doubles. Good to see the offense getting tuned up going into the playoffs.

Also good to see Ian Kinsler, shown here on card number 185 of the 2008 Goudey set, steal third in the fourth inning. That steal punched his second ticket to the 30/30 club. It seemed fitting that he homered and stole a base in the same game. With his totals sitting at 32/30 Ian is looking at a banner year. The 32 home runs are the most he has ever his in a season and the 30 steals are one short of his all-time best. He is also having one of his best years on defense. Congratulations Mr. Kinsler on your second induction into the 30/30 club.
Posted by Spiff at 11:57 AM