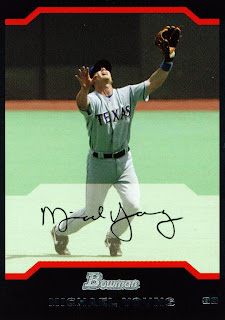 Texas beat Anaheim last night to stay one game up on Detroit for the second best record in the American League. The win was the team's 94th of the season. That ties them with the 1977 club for the second most in franchise history. One more will tie them with the 1999 squad for the most in franchise history. I wouldn't mind seeing them stand alone with the most wins ever. That's unlikely though with the two remaining games of the season being in Anaheim against their number one and two pitchers. Probably need to win at least one of those to stay on top of Detroit.

Adrian Beltre's home run, Elvis Andrus' four hit night, and Mark Hamburger's first major league win were what stole the spotlight last night. I found those to all be great news but I was following two less glitzy stories.

The first is Ian Kinsler's attempt to get back into the 30/30 club. Unfortunately he was unable to steal a base last night and so his season totals are stalled at 29/31. Two more games to swipe a bag. Let him run I say.

The second saga that I am keeping tabs on is Michael Young's chase of Miguel Cabrera. Cabrera is currently leading the American League in batting average with a .343 average - that with a three hit game last night. Michael, shown here on card number 124 of the 2004 Bowman set, had one hit last night and his average currently stands at .338 - tied for second with Adrian Gonzalez. A couple of good games and Mike could catch Cabrera and win his second batting title. It would be nice to see him do so but it's a long shot with the way Cabrera hit Cleveland pitching last night.
Posted by Spiff at 12:20 PM