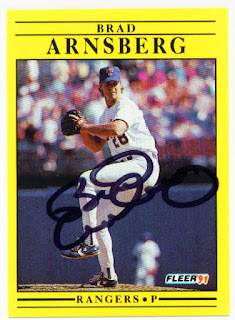 So, with back-to-back American League championships under their belt the Rangers are down to the last few days of Spring Training. Being the defending A.L. Champs makes things a little different. Having a shot at reaching the postseason again makes things a lot different.

One of the things that's different are the fans. There's more of them than there was just four or five years ago. Five thousand plus were at last night's game against the Royals. Spring Training game. That's different. Not bad, just different.

Going to take a bit of getting used to, the new folks. Not that I mind them, there's lots of good things that come from new fans. Excitement, camaraderie, money. Yeah, enough to lock players down, enough to get Darvish. Nice feeling.

If you're a recently arriving Rangers fan let me take this opportunity to say welcome to the camp. Hopefully the ride goes on for awhile and you get permanently hooked on the team.

Just one thing, give us lifetime fans a little room sometimes. Not the whole bus but at least a seat every once in awhile. It's been a long ride and we're glad to have you aboard for the climax but give us a little credit. Do you remember Brad Arnsberg? Did you send him his 1991 Fleer card and ask him to sign it? We do and we did.

Not that we remember Brad because he was a superstar. He was a Ranger. So were Curt Wilkerson, Jeff Kunkle, Dewayne Henry, Danny Patterson, and Greg Harris. None were a player to build a team around but they were our guys. They didn't win a lot but we lived and died with them anyway.

It's great to have the new powerhouse in the American League and all the new fans that go along with it. Hopefully they want to learn about the guys I remember from the long dry years, just like I am still soaking up information about Joe Lovitto, Jim Kern, Lenny Randle, and their compatriots.
Posted by Spiff at 6:45 PM